Emilia – Romagna, land with a dash. A dash 100 km long which is called the Primaro Route and which crosses the Municipality of Argenta. A perfectly flat cycle path of bucolic landscapes, endless countryside marked by rivers that change name and path, fresh or brackish water valleys, primeval woods and marine pine forests. A green dash that connects 16th century New York: Ferrara, to the last capital of the Western Roman Empire: Ravenna. To the south Bologna, Emilia and the Apennines. In the middle Argenta: agricultural town that for more than 2000 years has been swinging between the Este and the Byzantines. Navel of three Provinces (Ferrara, Ravenna, Bologna) where everyone can feel at home, a borderland, where 20,000 humans speak four dialects, where tortellini become cappelletti by changing the size and the ingredients a little. A flat land, perfect for cycling, indeed for cycle tourism. Here all cyclists are born, in all families bicycles are more numerous than relatives. Our grandmothers went there to work in the paddy field, the old people went there to fish, the partisan relays went there to die … like Agnes riding a “chariot” (that’s what we call them!).

Ferrara city of bicycles, but all around is a land of two wheels, a land in balance! And in balance we go on this dash, green and fresh but also warm and sunny like the gold of the wheat fields or the splendid autumn colors. A dash that can be pedaled all year round, which is high up on the bank of the Reno River, the ancient Po di Primaro, which from up there is a view, you can breathe, you fill your eyes. A path protected from traffic, which passes through the villages, through the wine cellars of the sands, through extensive farms, in the midst of small industrious communities, between bars and old trattorias. A route served by two railway lines that connect Ferrara, Ravenna and Bologna. A path that is also a network of dirt roads along the canals that reach the sea and that border the large reclamations with strange names: Valle Amara, Fossa Men, Fossa dei Socialisti, Beak of the Duck. And then the small ferry on the river Rhine, as it once was …

History has passed from this land: the Celts, the Etruscans, the Romans, the first Christians with their parish churches, the first anti-Pope. Federico da Montefeltro, who in 1482 left his life there fighting a naval battle (on a river !) for the Este family against the Serenissima. And then again, Garibaldi’s death, the death of Anita, the revolts of the laborers of the 1900s, the martyrdom of Don Minzoni, the partisans and the last battle on the Italian front of World War II (the Argenta GAP). A dash was said, 100 km long that will allow you to experience all this from the saddle of your bicycle, at the pace that suits you best.

This year we will then go as far as Comacchio and its Lidos, where history changes again, further in accent and flavor but …. you will have to find out for yourself, we at FAR, the communities of Argenta and Comacchio are waiting for you. 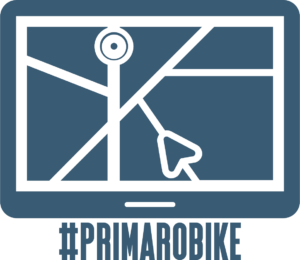 The Primaro path was created with the aim of retracing the route of the ancient Po di Primaro, Padus Primarius, the main delta branch of the river Po (Padus Maior). It was born at Ferrara, lapped Argenta and, after having skirted the Comacchio Valleys to the south, flowed into a large estuary in the Adriatic about 18 km north of Ravenna. It received the rivers and streams of the Bolognese and Pistoiese Apennines, including the Reno and the Romagnolo Apennines, from Sillaro to Lamone.

In 1152 the Po broke the left bank at Ficarolo, in the then Transpadana Ferrarese, the route moved the river bed a few tens of km to the north and the waters of the Primaro branch were considerably reduced.

Between the mid-1400s and the mid-1500s the regimentation works of the Romagna rivers were carried out, all of them torrential, Santerno, Lamone and Senio which were dammed and made to flow into the Primaro.

The watercourse maintained its importance in the trade between the cities of Ferrara and Ravenna until 1592 when Alfonso II d’Este closed the Primaro branch to preserve the navigability of the Po di Volano which from Ferrara followed a straight course towards the sea .

In 1598 the Duchy of Ferrara returned under the sovereignty of the Papal State which carried out all subsequent interventions up to the unification of Italy.

The Clementina reclamation, named after Clement VIII, pope until 1605, consisted of several interventions: new excavation of the riverbed from Ferrara to S. Alberto, conduction of the Sillaro stream in the Primaro, rectification of the Santerno and detachment of the Lamone which was conducted at sea on another course.

In the mid-eighteenth century the Reno, which had no outlet to the sea but spread into the valleys, was introduced into the Primaro near the town of Argenta via the Benedictine Cable, an artificial canal dug between the latter and S. Agostino. The marshes that characterized the area of ​​the Padusa Valley were subsequently reclaimed.

In the second half of the eighteenth century the last changes were made that gave the Po di Primaro, now the Reno River, the current structure, that is a rectification of 4 km north east of Alfonsine and 12.5 km downstream of Bastia, since then the course of the river no longer crosses the towns of Filo and Longastrino.

Currently the Primaro consists of a reclamation canal that detaches from the Po di Volano in Ferrara near San Giorgio and heads south towards Molinella and then flows into the Reno river at Traghetto, through a lifting system.

The memory of the old river still remains in the imagination of the elderly inhabitants of the countries lapped by the Reno, who, to indicate the areas beyond the Reno, say of la da Po’.